Our mission is to supply quality print products backed with an exceptional service, at a competitive price. We aim to supply and deliver high quality print solutions to add value to your business. Our staff are focussed on supplying a premium product for our clients so we can build a lasting trusted relationship. 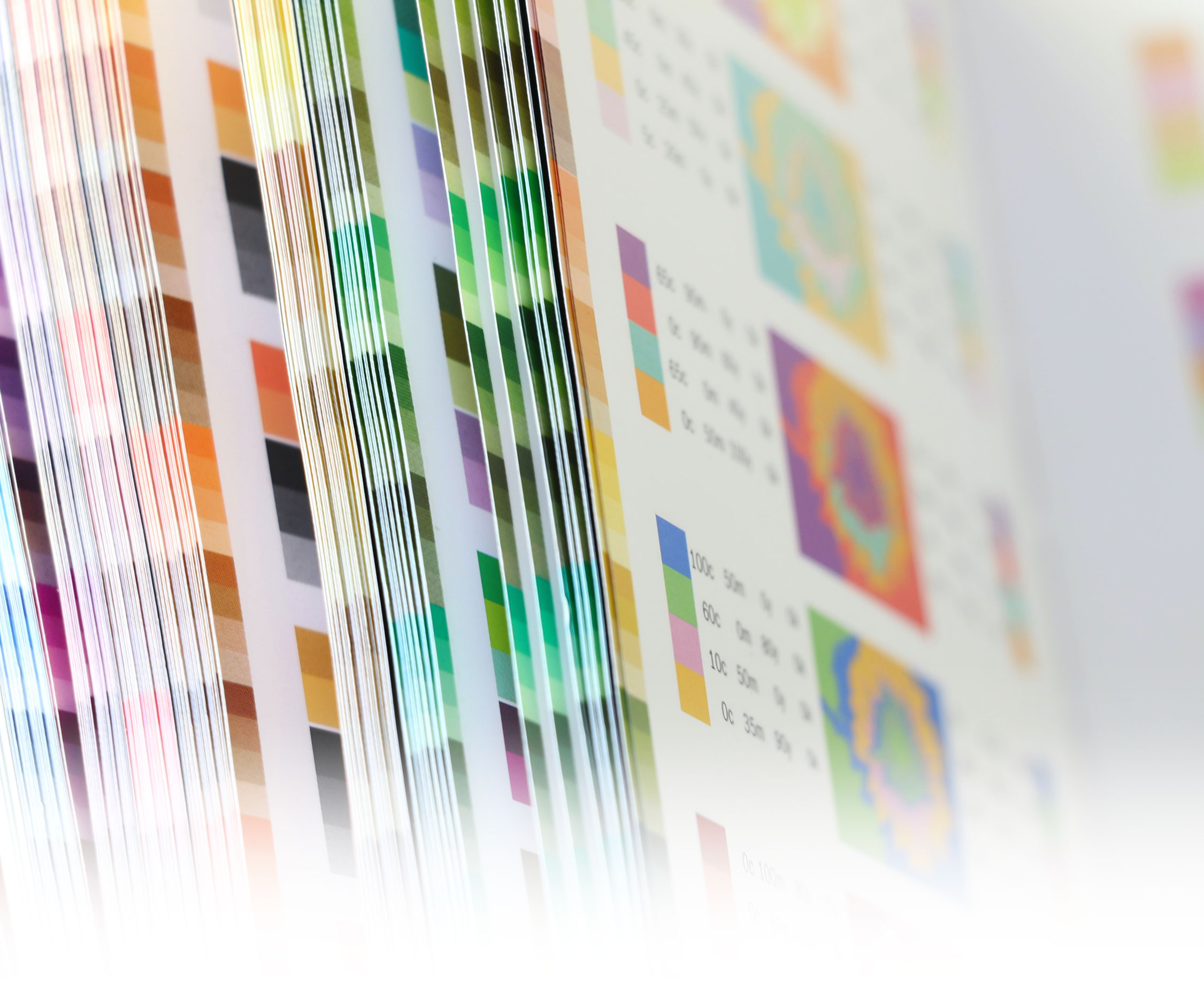 Our five key priorities to keep A1 Press Ltd at the forefront of 21st Century Print.

We provide a quality product and service so our customer will want to return to us time and time again.

A wealth of experience to aid our customers.

Competitive pricing is key to our success.

A dedicated team to make sure your order is looked after at every stage.

Keeping our customers happy for nearly 40 years has always been our priority.

With a wealth of experience our team have the knowledge to help you with your next print project. 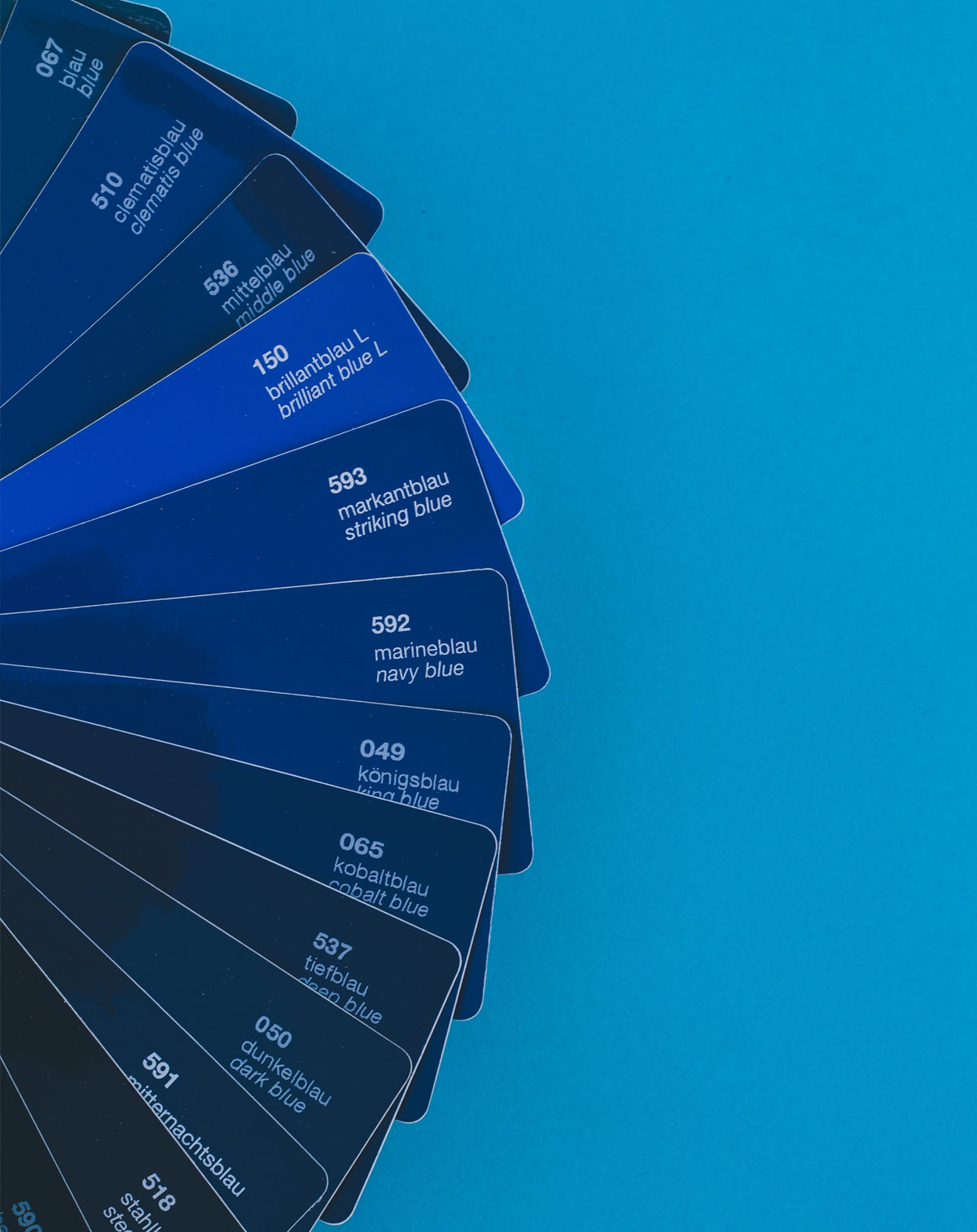 Geoff has been involved with A1 Press for over 30 years having joined the company as an eager to learn 19 year old. His aim was to become a printer after having a short spell of working for Farnell Instruments as a screen printer.

Geoff was keen to be involved in a creative process that had him producing something tangible at the end of each working day. Geoff’s aims didn’t materialise in the way he had imagined and he never got to run a press and found his skills with numbers and being organised led him in a different office based direction.

Geoff was soon the office manager dealing with estimating, production and accounts and once the previous owners had signalled their intent to retire Geoff saw his opportunity to take his role to the next level. Geoff and Rob bought A1 Press in December 2005 and have taken it on to another level, managing to move to their purpose built factory in Sherburn in Elmet in 2017.

Father to 3 beautiful grown up children Geoff is a keen sportsman and has played both Football and Cricket to a good standard and still likes to keep himself in shape by running and gym classes. 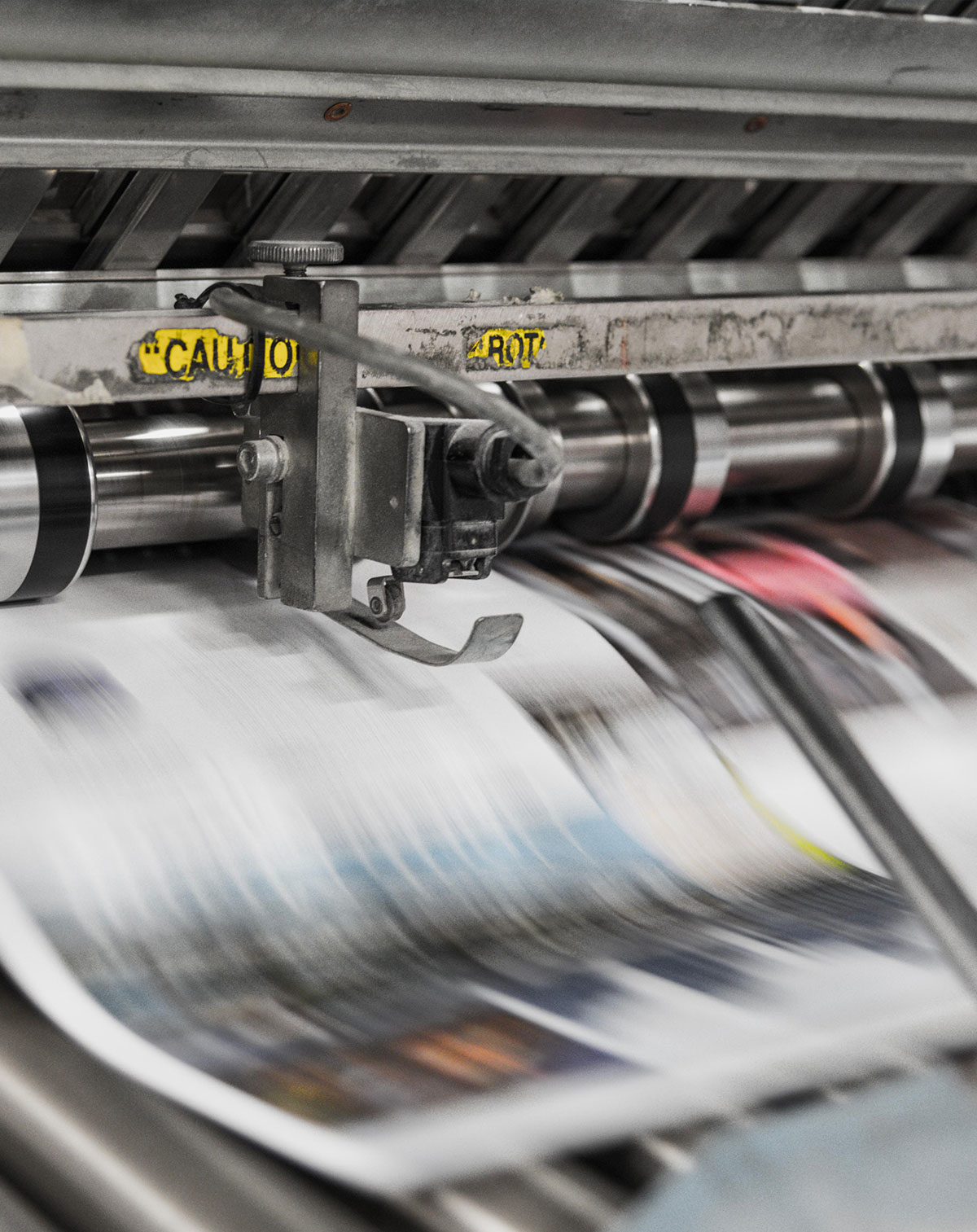 Rob started his journey in the print world back in 1989 after a three years in the engineering trade.

Starting as an apprentice learning the hard way on a single colour SRA3 Thompson Crown Press, Working his way up to an A0 6 colour Komori’s.

Throughout that time, working for small medium and large commercial printers and ending up in the direct mail / envelope manufacturing where he moved in to a management roll.

In 2005 Rob was offered the chance to buy a 50% stake in A1 along with Geoff which he accepted the offer taking over the rains with Geoff in Jan 2006.

Throughout the years involved in print Rob has become a bit of a litho print geek who’s been known to bore people to sleep at parties rattling on about the litho process.

A Father of three and 2020 seeing the arrival of his first Grandson Rob is very much a family man. His perfect afternoon would be surrounded by his family with the BBQ glowing and a cold beer in hand.

Rob is keen on most sports but Motorcycle racing and Football are top of the list competing both at various times through his years, Rob’s still managing to stay involved in football coaching at his local junior side. 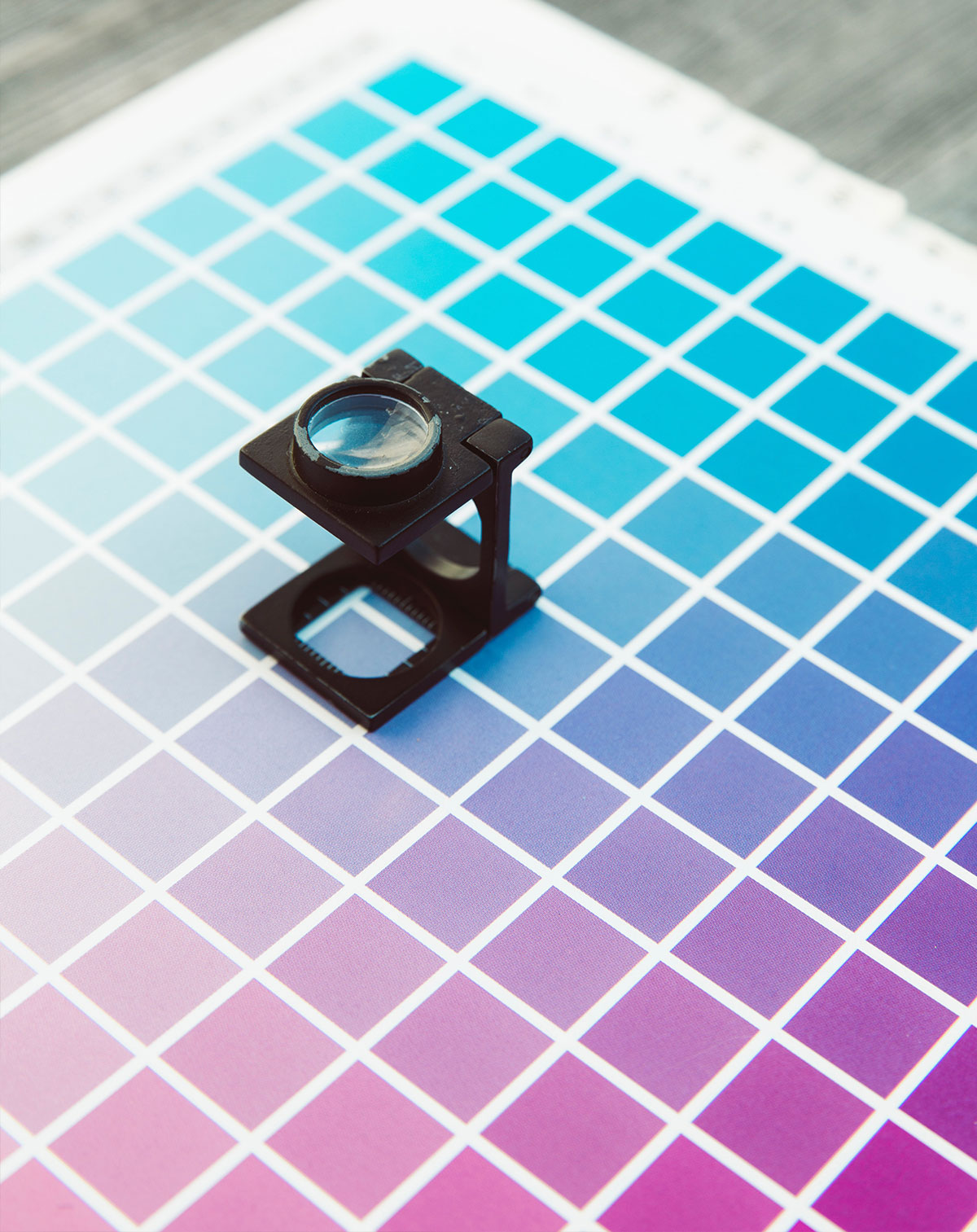 Andrew has been involved with the printing industry for more years than he cares to mention. The son of a Newspaper Compositor, his first job at 14 was taking the Football Results to be converted to “hot metal” for the final Saturday edition print run of The Doncaster Evening Post!

From here he was trained as a litho printer working for Local Government and spent many years steadily rising to senior printer before moving into the Newspaper industry and training as a web-offset printer printing National Daily Newspapers.

A few years at college saw a move into Production Management before finally settling in a customer facing Sales role.
Andrew brings many years of print knowledge and experience to his position as Sales Manager. His understanding of the complete print process from design to execution allow him to advise customers how to get the very best result from their print based projects. He can also recognise opportunities to use clever techniques to save customers money on their projects.

A married father of 2 teenage boys, he likes nothing more than listening to his collection of 1960’s Rhythm and Blues records whilst waxing his moustache! 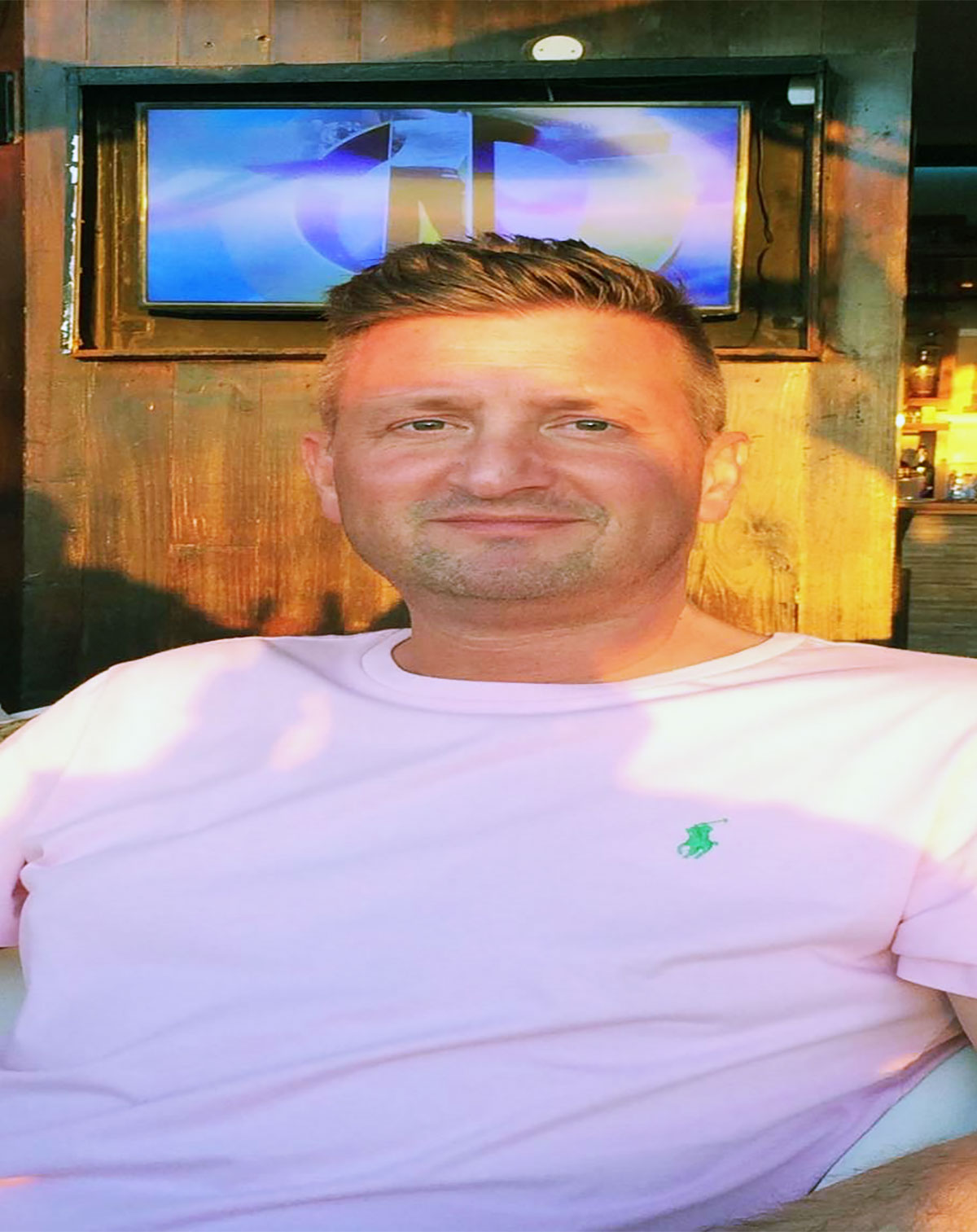 Starting out straight from school age 15 at John Blackburn’s Ltd in 1989, he achieved my City & Guilds in Print at Leeds Kitson College.

Richard has spent over 30 years in the print industry at John Blackburn’s, Polestar Chantry and now A1 Press, always willing to learn and has accumulated and developed experience in most aspects of Pre Press as they have changed and moved on.

Outside of work, Richard is a keen gardener, loves to cook and enjoys walking.

Here’s what our happy clients had to say about our services:

A1 Press help meet meet my client promises and consistently deliver quality products on time. I would have no hesitation in recommending their services.

I have worked with A1 for over 20 years. They provide an excellent design and print service. They have never let me down, I can highly recommend their services. Good quality print at competitive prices.

White Hart Press have been working with A1 Press now for many years and are always very pleased with the high level of quality and service.

We have also been impressed with their care and attention to detail that we consistently receive. We look forward to working with A1 Press for many years to come and we would recommend them without hesitation.

I’ve been working with A1 Press for over 10 years. Geoff and Rob are a good team, professional, adaptable and patient.

I’ve been working with A1 Press for over 10 years. Geoff and Rob are a good team, professional, adaptable and patient.

I’ve worked with a lot of printers over the years but I’m really glad I found A1 Press. They have the full package – speed, quality and great service at a very competitive price”.

Mosaic have partnered with A1 press for 10 years because of their fantastic service and positive attitude.

With a wealth of Industry knowledge they always go the extra mile to deliver a great service and product.

As a business PCS have been working with A1 Press for many years now making them an established and trusted supply partner. I have always found them to be very quick to respond to enquiries, extremely professional and importantly they provide high quality print and finishing combined with a quick turnaround.

This combination isn’t always possible at competitive prices but A1 seem to be able to provide this mix of ingredients. I would therefore not hesitate is recommending Geoff and Rob for any type of print job.

(We do not share your data with anybody, and only use it for its intended purpose)